An increasing number of Americans are fortunate enough to combine work related trips with brief vacation stints or getaways. This opportunity of combining work and pleasure, is great if we keep in mind how to avoid unpleasantness. The risks faced can be avoided if we keep a few security recommendations in mind. First and foremost, is the mindfulness to the safety and security recommendation in previous posts.  Specifically, what we referred to as the “Ice Cube” (I3) model ̶ to remind ourselves of the behaviors we should avoid to stay safe:

Stay informed of general conditions at your intended destination(s). Monitor developments via news media, social networks, and hotel concierge.  Word of mouth from other travelers or tourists is another good way of staying informed and up to date with local news.   A word of caution, rumors generally lack specificity or credible details, while objective facts are rich in specific details of what, where, when, and who.

Whether in the business or pleasure portion of your trip, remain mindful of your surroundings and pay close attention to people, events, and conditions that applying your experience are not normal.  Always trust your intuition and act on it immediately.  Taken action will keep you out of harm’s way and it will also buy you time to make a decision that best meets your immediate needs.

The third element of the “Ice Cube” model is imprudence.   We are all familiar with this behavior, most of which includes activities that are unwise, injudicious, incautious, indiscreet, misguided, ill-advised, ill-judged, impulsive, brash, careless, foolish, and ultimately dangerous.

The main idea to keep in mind when combining work and pleasure trips is legal liability. What actions would be considered “within the scope of one’s employment and which one were of a purely personal nature; should an unforeseen contingency ranging from death or disabling injury occur – the “scope of employment” will be key in determining legal liability. This will apply to people who are employees of a company, as well as those that developed and lead their own enterprises, like entrepreneurs. Legal liability will determine who gets paid, how much, and under what legal doctrine. Its importance cannot be overemphasize.

The second key consideration of mixed travel is protection of proprietary information, documents, and technology.  Ensure you protect proprietary information, which ranges from equipment, documents, and even casual conversations concerning work related information.  It is important to remember that personal or work related information should not be disclosed in public or to temporal acquaintances without a clear and objective need to know. There are documented cases where casual seemingly innocent remarks have resulted in assaults and deaths where the motive was profit and the perpetrator relied on casually overheard innocently shared comments.  Information collection is standard trade-craft for criminals, spies, and terrorists. Generally, discretion on personal and work matters serves your best interests while traveling.

The following excellent advice was extracted from the article.

Travel insurance typically costs 4 to 8 percent of the total cost of the trip, but it is invaluable in the face of unpredictability. Sometimes randomness can be expensive. Long anticipated trips sometimes have to be cancelled abruptly or even interrupted once in progress. If the employer pays for insuring the business portion of the trip, but not all do since it is a controllable expense. If the traveler is willing to cover the insurance for all portions of the trip, which requires a cost/benefit analysis, insurance offers protection for the investment made by recouping they monies spent for accommodation, transportation, etc. To be on the safe side the traveler should discuss plans with corporate travel, if employed to ensure clarity of limitations and liability.

The comments here do not refer to Policies purchased at a Kiosk at the airport, but the purchase of policies that actually fit your specific need and requirements. The four basic areas to consider are:

Cancellations on pre-paid trips are very expensive, the insurance will reimburse non-refundable costs in the event of illness or other personal issues, including illness, work issues such as lay-offs, family emergencies (a death), the policy can cover financial losses as well as penalties incurred for a prepaid tour or flight.

Insurance can also cover trips cancelled or delay due to natural disasters if carrier in unable to reschedule, or goes out of business. In cases covered by the policy money can be recovered.

Many insurance policies, Medicare included do not cover you while traveling internationally. In an emergency situation, a health provider will work with a travel insurance company on billing. Without insurance, foreign hospitals or doctors may expect a significant cash payment before treatment.

It is very important to include a “pre-existing conditions waiver” in any type of travel coverage. Travel insurance policies typically cover unexpected injury and illness, if you have consulted a doctor 60 to 180 days before the trip, insurance will not cover it without this waiver. To be eligible for this waiver, you have to buy travel insurance within 7 to 30 days before making the first payment for your travel. Waivers have to be included waivers for traveling companions.

Without sounding alarmist, evacuation coverage can be a lifesaver, in case of an accident or illness requiring emergency medical transportation can easily run into tens-of-thousands of dollars. This contingency alone, which is a form of “medical repatriation” will get you home or to a major hospital in your country of origin than can render the required life-saving treatment.

This not necessarily needed in short-term business/official trips, but longer trips that include transportation of expensive items/jewelry/professional apparatus and medically essential items will appreciate the coverage.

Travel insurance policies sometimes include little-known perk that can have a big impact on the quality of a trip – concierge service. This typically is a 24 hour assistance program that provides quick referrals for local restaurants and entertainment venues; they can also include tickets for local events – arts, theater, music and sporting venues. While some high-end elite credit/travel cards provide concierge services, these are not available to all.

Travelers should consults with their employees, or professionals (physicians, legal counsel or travel agency representatives) to ensure foreseeable contingencies are covered and planned for. 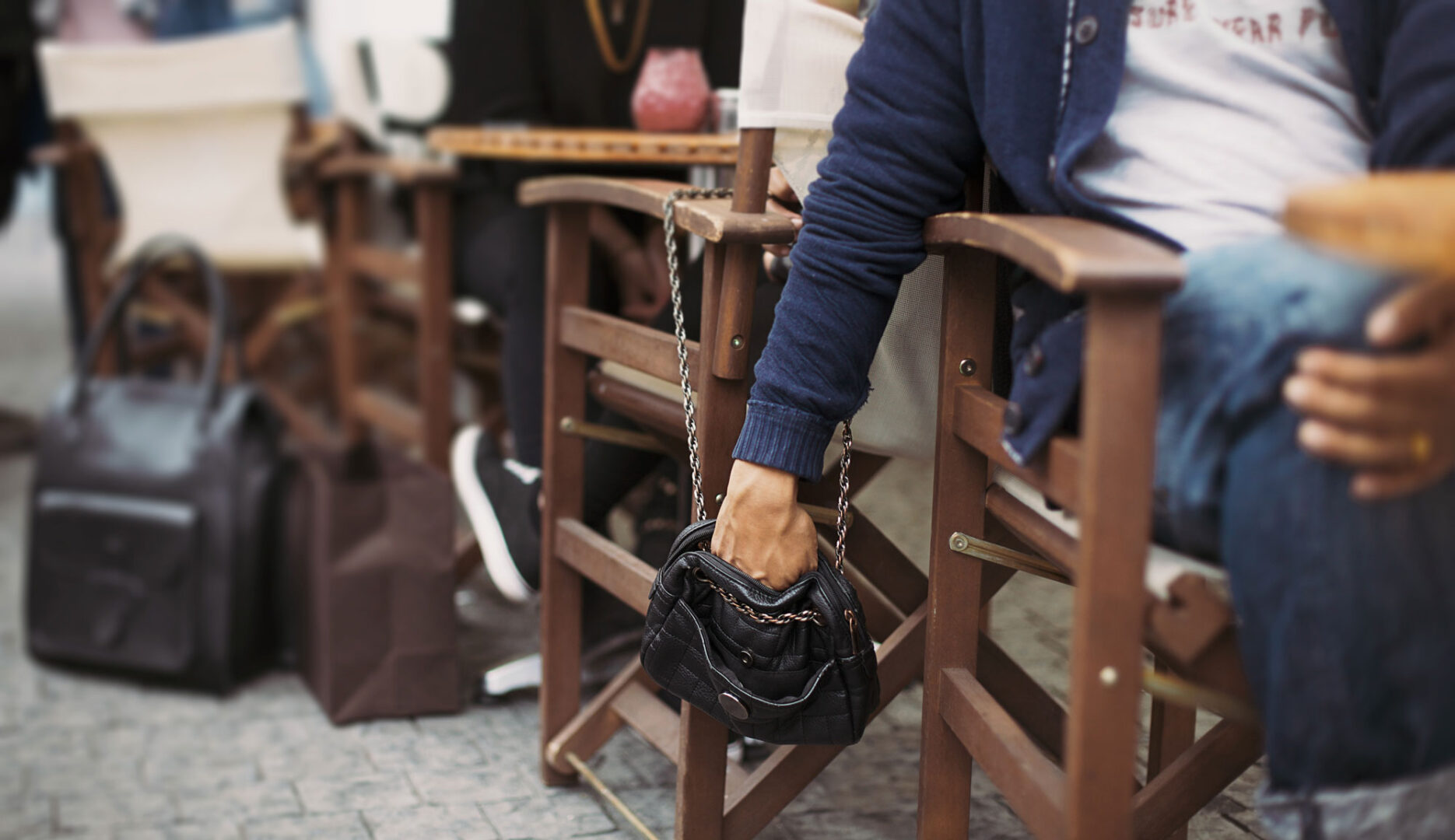 Petty crimes against tourists are the most ubiquitous forms of illegal behavior around the world. No major urban area is safe from them. Even though they are costly and common, exceeding millions of dollars and euros and making up over half of all crimes committed, they are not always prosecuted.

Don’t Be a Victim

Despite these trends, you don’t need to become a victim. You can have control over your own safety. As WTT has emphasized, this requires being well informed, alert to the environment, and exercising prudence as all times.

Petty crime against tourists take several forms and activities largely dependent upon the environment (street, restaurant, theater, hotel, taxi cab, etc.) and the perceived vulnerability of the victim. Perpetrators will likely assess the target’s vulnerability and do a cost benefit analysis of his/her effort. The greater the risk versus benefit that the perpetrator perceives, the less likely the crime becomes.

It is impossible to anticipate and prepare for every possible contingency. However, it is important to project an attitude of grit, resiliency and alertness that conveys the message, ‘Don’t even think of messing with me or my family/friend/companions.”

In the case of distraction:

Since the risk to the perpetrator in these sorts of crimes is relatively small, so are the profits, which normally consist of cellular telephones, purses, wallets, watches, high-end scarves, and jewelry. To make their quota criminals often rely on quantity versus quality. An individual or small group will typically target several dozen victims in a single day.  In these cases, there is little law enforcement can do other than take reports to analyze trends and patterns, and deploy officers accordingly.

Distraction is such a common practice that many entertainers use it to perform magic tricks or other acts, and distract the crowd with amusement and admiration at their skill.

Force is most often used when the perpetrator is desperate due to either psychological or physiological issues. Psychological issues may include pathological conditions that are often visible, such as strange or abnormal behaviors. Physiological conditions might involve ingestion or withdrawals from intoxicant substances. In both of these cases, there is usually a degree of unusual or atypical behavior. Exercise caution in these high-risk situations. It is important to maintain awareness of the immediate environment and trust your intuition.

While petty street crime is common is all cities around the world, there are some regions where it may be more likely. Identification of these cities in no way implies they should be avoided. On the contrary, the gifts they offer surpass their risk provided that visitors follow low-key and prudent precautions.

The problem with “motochorros” is a special concern. These are criminals on motorcycles operating in packs, which specialize on “snatch and grab” assaults particularly outside of banks, shopping centers, where victims are likely to have money or valuables in their possession. The motorcycle allows the criminals to make a quick getaway.

Most of these areas have a high level of economic inequality, unemployment, official corruption, and a degree of impunity. This leaves young people, recent arrivals, and people experiencing homelessness few options to ensure their survival other than petty crime.

Absolute security is impossible, but smart goals include:

The probability of a harmful event occurring as a result of behavior that you have control over.

Harmful events or situations intentionally carried out by other persons.

Susceptibility or exposure to harmful events by nature of one’s self, behavior, actions, or status.

A combination of behaviors and attitudes a person can individually depend on to protect themselves, their families, and personal possessions.

A failure to identify, underestimate, or prevent a harmful incident will only increase its probability. Truly catastrophic events that can lead to death or grievous bodily injury come in two flavors:

It is very important to keep in mind that risks, threats, and vulnerabilities are dynamic and can change in a short time, depending on location and immediate environment. This highlights the critical importance of staying alert and ensuring that the safety and security measures you adapt are appropriate to evolving circumstances.

When it comes to personal safety, a good memory hack is to keep the Pareto principle (also known as the 80/20 rule) in mind. This is sometimes known as the Rule of Parsimony. In essence, the rule notes that for many events, roughly 80% of the effects come from 20% of the causes.

As applied to personal security practices, 80% of your efforts should focused on anticipating or preventing an event, 10% on detection and observation, and 10% in changing your behavior to adjust to evolving conditions.

Although petty street crime is common, there are three major obstacles to detection and prosecution.

In this post, we’ve focused our attention on common street crime, the most pervasive crime around the world. In future posts we’ll address more serious forms of crime, such as homicides, rapes, abductions, hostage incidents, and life-threatening assaults. These are complex issues and we’ll be focusing on each one independently.